COP meetings are now held annually rather than every five years to work on closing the gap. Pressure is on to increase targets by 2022; to ensure they are more operational and less declaration-driven than before. The world’s two largest emitters, the USA and China, have agreed to reduce emissions collaboratively.

What you need to know about COP26.

The Good:
There is universal agreement on the importance of keeping temperatures within 1.5c. This is crucial as all countries are in agreement.

COP meetings are now held annually rather than every five years to work on closing the gap. Pressure is on to increase targets by 2022; to ensure they are more operational and less declaration-driven than before. The world’s two largest emitters, the USA and China, have agreed to reduce emissions collaboratively.

The Bad:
On our current trajectory, we are heading for global warming of 2.7 degrees. If we implement all 2030 commitments, this brings it down to 2.4 degrees. This is well above the recommended 1.5 degrees that we need to achieve to have a relatively stable environment.

1. Finance
The Good: Financial markets see climate change as an escalating risk. There is a real shift of capital away from carbon-intensve industries and projects to assets and organisations with a clear transition strategy to net zero. The Glasgow Financial Alliance for Net Zero (GFANZ) announced that over $130 trillion of private capital is now committed to driving a net-zero economic transition.

The Bad: CO15 agreements saw developed nations pledge to assist developing countries adapt financially; these pledges have not become a reality. New financial goals were proposed at COP26, to  assist with the bad. However, new targets were set for climate adaptation as well.

2. Coal
This was really the canary in the room. At the end of the conference, there was disappointment when the wording was changed to “phase down” from “phase out” and was the first time this was mentioned.
The Good: It has actually been written into the agreement, putting a commitment to action.
The Bad: It is essential to phase out fossil fuels quicker than current commitments to stay within 1.5 degrees.

In Australia, currently 70% of our energy comes from coal, and it’s our second largest export. The Australian government rejected pledges to reduce coal, making it impossible to meet our 2050 commitments. The good news is that all states bar Western Australia and the Northern Territory have strong emissions reduction targets and are transitioning to renewable.

3. 100’s of Countries Have Agreed to End Deforestation by 2050
The Good: This shows that there is consensus on the importance of our native environments on climate change. If we are to keep within 1.5, what is remaining of our native forests need to be preserved and enhance (reforestation).
The Bad: Deforestation occurs mainly for food crops such as beef, palm oil. Countries need clear policies and incentives to ensure companies stop cutting down virgin forest.

Although Australia has made the commitment to halt deforestation. Australia has the worst track record of any developed country for land clearing. A report from the Wilderness Society found this mainly attributed to the beef industry.  Both state and federal government are responsible for policy; for instance WA in October this year became the first state government to declare a stop to native logging in the southwest by 2024.

4. Methane
The Good: 100 countries signed The Global Methane Pledge to limit methane emissions by 30% of 2020 levels.   Methane Gas(CH4)  is the second most abundant GHG after Carbon Dioxide (CO2) and accounts for 20% of global emissions; it is predominantly generated through agriculture. CH4 warming potential is around 25% higher than CO2 (traps more heat in the atmosphere).
The Bad: Many of the largest emitters have not signed up to the pledge, including Australia, Russia, China, and India.

In Australia, methane accounts for around 10% of Australia’s emissions, and as mentioned above, they have not joined the pledge.

So there you go, a round-up of COP26, both the good and the bad, but more importantly, the action steps that we can take as individuals to help combat climate change. 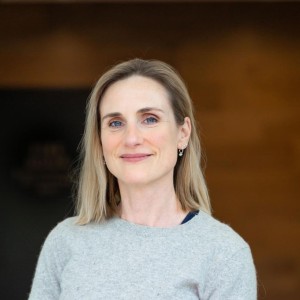