The United Nations COP15 Biodiversity Summit has delivered some key takeaways and it's something to celebrate. So what are the main points of agreement?

This means maintaining and restoring ecosystems and halting the extinction of species. This has been inspired by EO Wilson’s vision of protecting 50% of the planet. The final agreement commits signatories to conserve a third of the planet, particularly wetlands, rainforests, grasslands and coral reefs. Australia was at the forefront of pushing ambitious targets on restoration.

2. It recognises the significance of indigenous peoples in conserving and protecting the natural world.

We know that indigenous peoples play a crucial role in protecting and conserving our environment. The agreement takes this into account. However, there is still a huge question mark around finance. Indigenous-led conservation models are identified as key to the success of environmental work.

3. It calls for financial disclosures of large organisations to include their environmental impact.

Here in Australia, we have seen Tanya Plibersek already speak about the need for disclosures by organisations of their environmental impact. The agreement calls for biodiversity loss to become one of the key risks organisations should address within their financial disclosures. We look forward to seeing how this will play out over the coming months through the development of the TNFD (Taskforce on Nature Financial Disclosures) and Accounting for Nature framework.

4. It suggests a reform of "harmful" subsidies.

The agreement carves a way for subsidies to be stopped for actions that harm the environment. This was way overdue, and the lack of reform in this area has been a key element in the destruction of the natural world.

“Definitely in the category of boring-but-important, the world spends at least $1.8tn (£1.3tn) every year on government subsidies driving the annihilation of wildlife and a rise in global heating, according to a study earlier this year. The lack of reform on environmentally harmful subsidies was a major failure of last decade’s biodiversity targets, and governments have now agreed on the importance of making a change.” (Source: The Guardian)

Biopiracy has been dealt with to ensure that the knowledge of indigenous people and the genetic information that can be taken from plants for medicinal or chemical use is protected and that revenue from the IP is fairly distributed. This will ensure that the world’s poorest benefit from the resources they protect on their land.

You can access the agreed documents from COP 15 Biodiversity here.

If you want to help us restore ecosystems in Australia, then you can find out more about our projects and donate to support nature positive restoration. 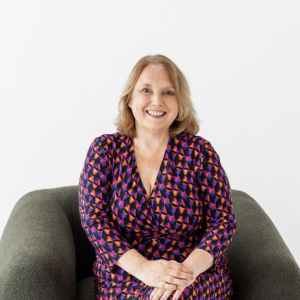 Louise Tarrier is the CEO of Carbon Positive Australia. She loves to empower everyone to minimise their impact on the environment and is passionate about a sustainable, regenerative future. She believes that our personal values when combined with a strong business strategy can have huge social and environmental impact.
PrevPreviousA Message From Our CEO, Louise Tarrier
NextTransparency and Integrity in the Australian Carbon MarketNext